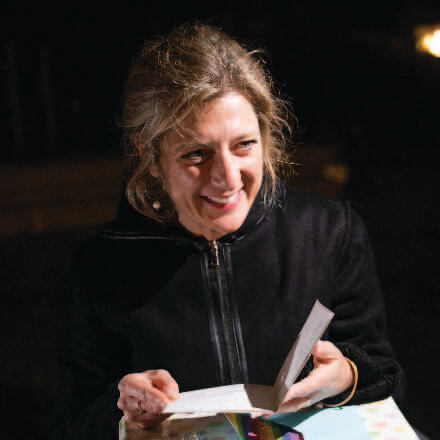 I received a Ph.D. in Classics in May 2016 from the University of Florida, with a dissertation on ancient medicine. During the 2016/2017 academic year, I worked as a full-time lecturer for both the Classics and the Languages, Literatures and Cultures Departments at UF. I had the opportunity to expand my personal scholarship, and began working on interdisciplinary research initiatives for the university and beyond.

This collaborative focus led to an interest in bridging science and the humanities, from both comparative and international perspectives.

Since 2017 I have been part of Ilaria Capua’s interdisciplinary team at the One Health Center of Excellence. In addition to mentoring graduate and undergraduate students, I develop and oversee a teaching program that envisions partnerships and interdisciplinary participation in both education and research.

My work has also been involved conducting research related to historical perspectives on health and disease, and investigating the intersections between art and science. In an effort to communicate science to a non-expert audience I have been exploring unconventional narrative formats through the language of art, music, and literature.     Moreover, my B.A. degree in Classics (Catholic University of Milan, 2006) and my M.Phil. in Philology, Literatures and Cultures in Antiquity (Catholic University of Milan, 2009) provided me with rigorous training in the fundamentals of classical scholarship, with an aptitude to the demands of both teaching and research.

Medical Humanities: A Bridge between “The Two Cultures”

Waiting for SHE Talks: The Women20 Summit